Right to repair legislation was introduced in 27 states this year, but a strong, well-funded lobbying effort by tech manufacturers has kept bills from advancing. The FTC, headed by bona fide consumer advocate Lina Khan, can crack down on manufacturers’ monopolistic repair restrictions and support small shops struggling to compete with big tech companies.

Kyle Wiens, iFixit CEO, is enthusiastic about the White House’s move. “Small businesses are the lifeblood of the American economy, but Big Tech has done everything they can to drive small repair businesses out of the market. This is a huge step by the Biden administration to protect local businesses and consumers that are being trampled.”

In a fact sheet accompanying Biden’s order, the White House specifically calls out “Cell phone manufacturers and others blocking out independent repair shops.” Such companies hinder repair by blocking distribution of needed parts and tools, and requiring proprietary software to complete fixes, making repairs more costly and time-consuming. The White House calls on the FTC to make rules prohibiting such attempts at market control.

The FTC was already working toward a stronger stance on what makes for fair repair markets. Its May 2021 report, Nixing the Fix, found that companies routinely violate warranties, that repair restrictions likely impact low-income families and communities of color, and that there was “scant evidence to support manufacturers’ justifications for repair restrictions.” With today’s order urging the FTC forward, we can expect the commission to aggressively enforce existing laws and to create new ones addressing manufacturer lock-outs and anticompetitive practices.

“The Biden administration’s Executive Order recognizes what repair advocates have said all along: If you buy a product, you own it, and you should be able to fix it however you choose – either by yourself or with the help of an independent repair professional,” said Kerry Maeve Sheehan, iFixit’s head of US Policy. “We’re grateful that the administration is taking aggressive steps to protect everyone’s Right to Repair, and eager to see how the FTC takes up the call.”

Biden’s order shouldn’t come as a surprise to device manufacturers. Apple’s own emails, released during a House Judiciary Committee hearing, show a company struggling to square its environmental mission against its increasingly hard line against self-repair. Apple launched the Independent Repair Program, in a move widely seen as a defense against Right to Repair legislation. But the IRP’s onerous terms and lackluster margins for repair shops have limited its spread.

Today’s pro-competitive order is also a hard-won victory for farmers, who have been at the forefront of demanding their right to repair. The White House told reporters earlier this week that it would work with the U.S. Department of Agriculture and the FTC to “give farmers the right to repair their own equipment how they like.” Farmers have lost time, money, and independence under the yoke of tractor makers’ proprietary repair tools and software.

Despite executive branch action, this fight is far from over. Legislation remains active in Pennsylvania and Massachusetts this year. Rep. Joe Morelle (D-NY) introduced federal legislation, the Fair Repair Act, last month. “In addition to the FTC’s work on these issues, we still need state legislatures and Congress to take legislative action to protect consumers’ Right to Repair and reform outdated copyright laws that stymie repair” Sheehan said, “so we need everyone to keep up the pressure on lawmakers to support Right to Repair.”

It’s worth noting that, in a vindication of iFixit’s mission and efforts for years, the White House explicitly calls for the FTC to support people “doing DIY repairs of your own devices and equipment.” Fixing your own things is noble, educational, and a lifelong skill. Just ask Apple co-founder Steve Wozniak, who earlier this week lent his full support to the Right to Repair movement.

The FTC’s broad rulemaking authority could require manufacturers to sell parts to independent repair shops, provide the software needed to diagnose and fix device firmware, or more. Rulemaking takes time, but some rules can move faster than one might expect from the federal government. Penalties for mis-labeling products “Made in the USA” were proposed in June 2020, then went into effect on July 1. 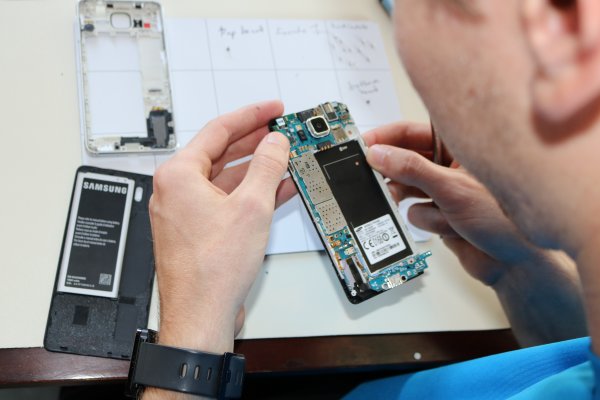 Right to Repair Is Already Hurtling into Action in 2019

This is a great move forward and I’m glad to see we are making progress! RIGHT TO REPAIR!!!

Very happy to see this is moving forward.. hopefully won’t be long until Apple (along with others) has to provide its repair manuals to us small repair businesses to aid in our day to day work…

That is very good news. A well deserved victory for consumers and independent repairers over manufacturers’ greed and misrepresentation.