Soon after Apple offered genuine parts to repair shops, the iPhone maker is discouraging at-home repair with yet another warning about non-genuine parts—this time, it’s screens.

Starting with iOS 13.1 and iPhone 11 models (the 11, Pro, and Pro Max), your phone will report if it has a third-party screen: “Unable to verify this iPhone has a genuine Apple display.” It starts as a persistent message on your lock screen, lasting for four days. After that, the warning lodges itself in the Settings for 15 days, and then in Settings > General > About after that. It’s also added to your “device information,” so that Apple staff can see it.

This warning, similar to the recent addition of battery warnings, happens even if you swap a genuine Apple screen from one phone to another. To avoid the warning, you have to have a genuine Apple display installed by a certified Apple technician, independent or otherwise. The warning doesn’t seem to affect operation—other than the loss of True Tone, which occurs with any display swap not performed by Apple or using specialty chip programming tools.

We’ve tested this with genuine parts on iPhone 11 models. The warnings were not present in iOS 13.0 or the beta for iOS 13.1, but they show up when you change out screens with the final version of 13.1 installed. We used screens from the same models of iPhone 11, just days old, but without the software verification tools available to Apple-certified technicians, our units had warnings about a “genuine Apple display.”

We even swapped the Face ID hardware from an iPhone’s original display to the replacement, hoping that would convince the phone that it still had its original screen, but the screen warning remained. It seems that Apple cryptographically pairs each screen to the iPhone it ships on.

On its own, though, this move does help clean up some darker corners of the iPhone secondary markets. If you weren’t sure whether the iPhone you bought at a remarkable price, or had repaired cheaply, was hacked together, now you can tell (in case the Face ID and True Tone warnings weren’t obvious). Apple has many other warnings about non-genuine screens, including touch response, brightness and color issues, and how bad repair work could “result in injury.” 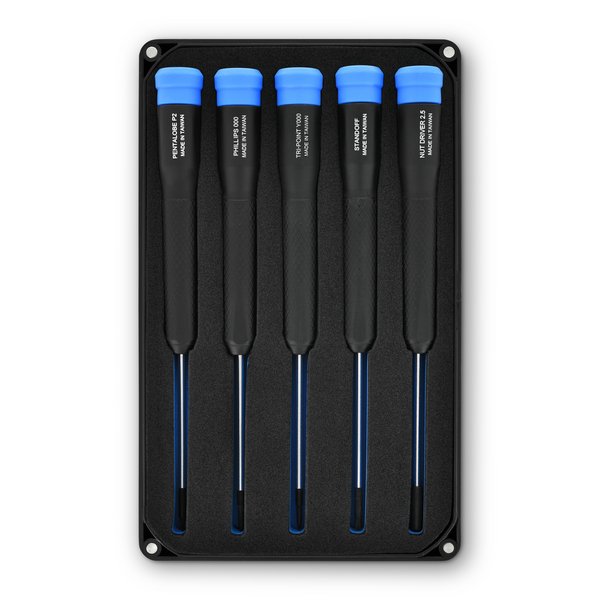 Precision fixed blade screwdrivers for iPhone repair in a handy case with built in sorting tray.

There are indeed some low-quality iPhone screens out there. At iFixit, we rigorously source, test, and track the iPhone screens we sell. That gets at another problem: This warning is not about the quality of a part, it’s just a “Beware” sign hung on a non-OEM component. Verifying the quality of a component is good, and we welcome that kind of customer advocacy. But it would be much better to know why a screen, or a battery, or any other part is good or not.

More broadly, this restriction is the kind of gradual progression toward repair fear and uncertainty we were afraid we’d see after Apple’s independent repair program announcement. It allows Apple to further restrict the repair market to those who buy their parts and sign up for their certification. While the warning is something that eventually recedes into your settings, it fits with the battery warnings, the tricky transfer of Face ID or Touch ID hardware, and True Tone transfers into a general sense that third-party or DIY repair isn’t worth it. Apple could do more to make tools available to technically savvy consumers to get around these roadblocks, especially if they’re willing to buy genuine parts.

Repair to the Rescue: An iPhone 3GS Screen Repair

With the battery I accept it, "it could be" dangerous. But with the screen? Any screen ... This only seeks to intimidate and scare the client, if it were informative, it would explain the reason.

Looking for a new job

If I was buying a second hand phone I would want to know if parts of it weren’t genuine Apple parts.

It will remain the same. Just know that the screen was changed, not that there is one of good or bad quality. If you don't want surprises with a second-hand cell phone, you should buy new ones. Just my point of view

Fortunately, there are already tools available to “trick“ the iPhone to believe the new screen is a genuine one. They give you the ability to transfer chip data from the old screen and its components to the new 3rd party one. If this works, I’m not sure. I hadn’t had the chance to try (and hope I never have to). Also do I not know if this process would be legally allowed. It is however an option to bypass these restrictions. Curious to see where this is going.

this remains to be seen -I have my fingers crossed and am hopefully looking to another 3-5 years till that loophole closes ( and it will! — I have my fears that it will be sooner than later )

for example - if each componenf Screen / battery /frame/logic board/ touch button has some lighter version of “W chip” ( w-lite ;) in place to communicate state and “genuine” then it may be costy enough to make cheap knock-offs - it’s a matter of economy of scale. - such part counterfeiters are easier to close down ( dmca, the production run needs to be larger, costs involved are higher etc)