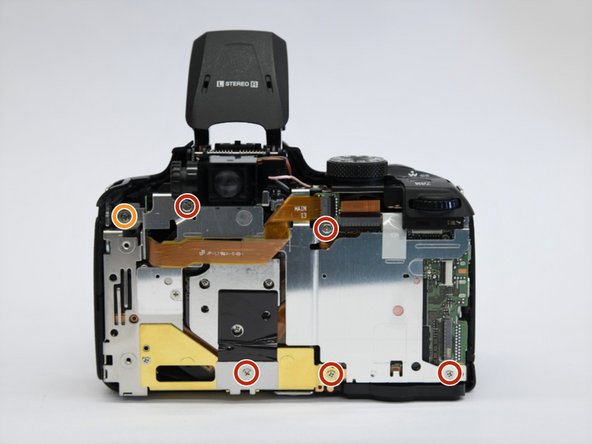 To perform most replacements in the Nikon Coolpix B700, the back cover must be removed and the internal metal bracket needs to be released. This is required before replacing the motherboard, lens, button assembly, or other components.