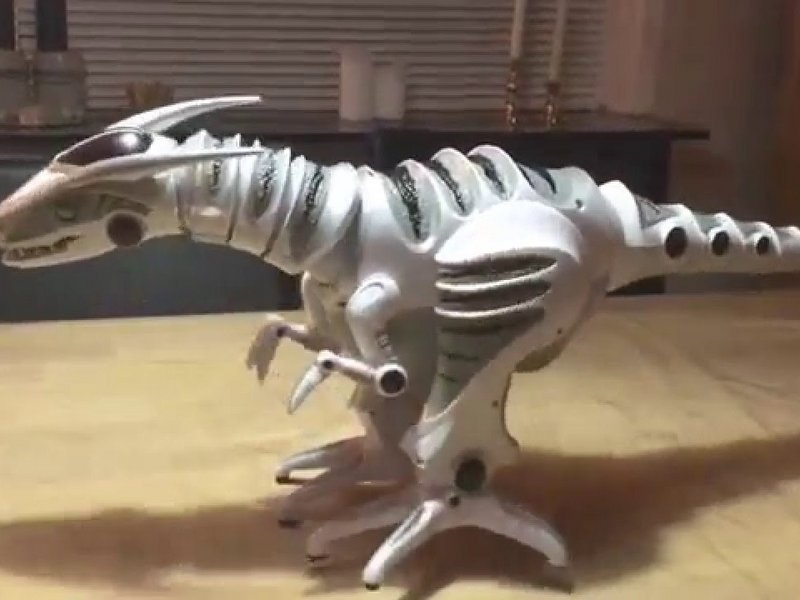 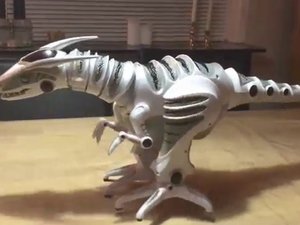 The Roboraptor is a dinosaur-like robot which uses few motors to move and plays mono-grade audio. Released in 2005, it also came with a remote control. This had a Shift button, five animation buttons, and five movement buttons along with a Demo/ Roam button. In 2013, the Roboraptor X was released, followed by the Roboraptor Blue in 2015. This robot is in the Robosapien (RS) series and measures about two feet long. (Please add guides to this page, as it only gives information about the toy for now.)