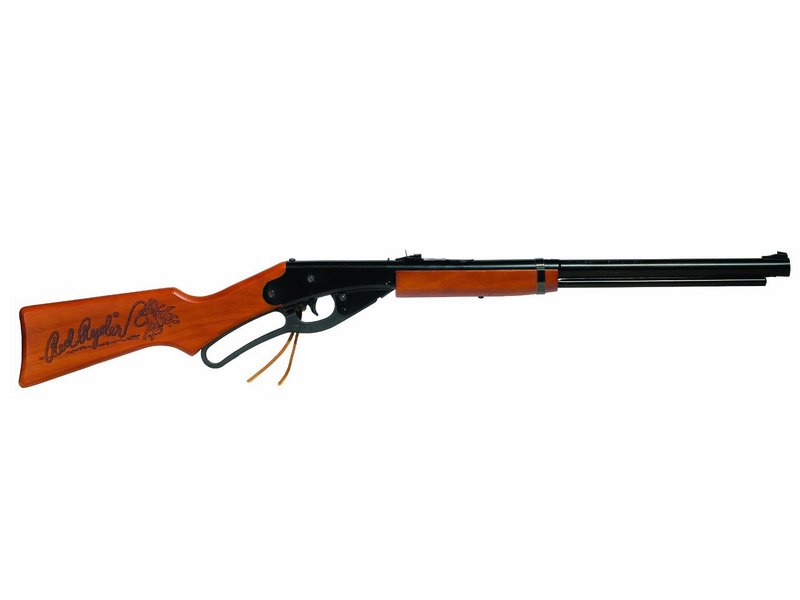 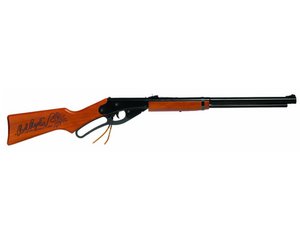 The Red Ryder BB Gun is a BB gun made by Daisy Outdoor Products and introduced in 1938 that resembles the Winchester rifle of Western movies.

The Red Ryder BB gun is produced by Daisy Outdoor Products, primarily known as Daisy. Surprisingly, Daisy started off as a steel windmill manufacturer in 1882, but later moved on to the production of BB guns in 1888. The surge in popularity of BB guns prompted the company to officially change its name to Daisy Manufacturing Company in 1895 and reallocate all of their resources to only produce BB guns.

Daisy is best known for their youth BB guns which are modeled after lever-action rifles. The Red Ryder, which was introduced in 1940, is by far the most popular model. Based off of the Red Ryder comic strip, the Red Ryder BB gun takes inspiration from the gun models in the Western era, specifically the Winchester rifle found in many Western movies. Although the comic was cancelled in 1963, the Red Ryder BB gun remains in production as of July 2020.

Equipped with a smooth bore barrel, the lever-action spring piston Red Ryder BB gun can fire rounds of up to 270 feet per second, holds up to 650 BB pellets in its magazine, and has an effective range of up to 10 yards (9 meters). As of 2017, all Red Ryder BB guns feature a vertically adjustable rear iron sight.

The Red Ryder BB gun is prominently featured in pop culture references. For example, the Red Ryder BB gun can be seen or is referred to in the following books and films: A Christmas Story (1983), The Short-Timers (1979), Full Metal Jacket (1987), The Iron Giant (1989), and Tactical Force (2011). The Red Ryder is also called the Red Rifle, which is a nickname also used for former Cincinnati Bengals quarterback Andy Dalton.