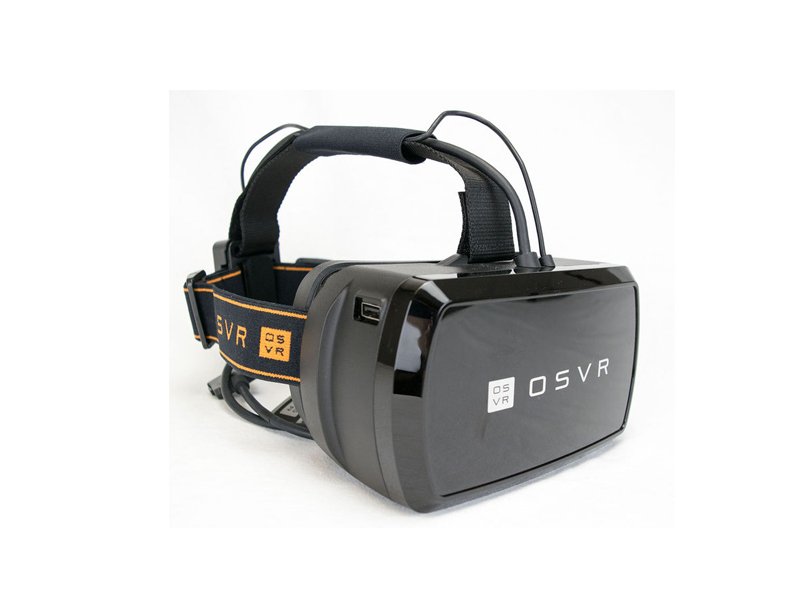 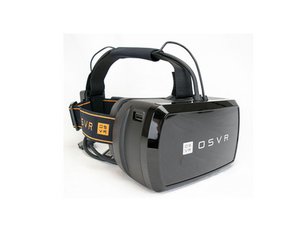 OSVR Hacker Developer Kit 1.3/1.4 HMD, designed by Sensics and Razer, manufactured and sold by Razer. Much content also applies to earlier HDK 1.x versions, some applies to the HDK2 as well. 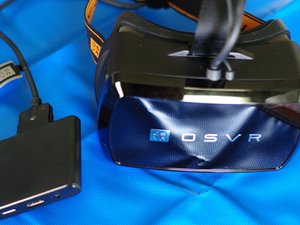 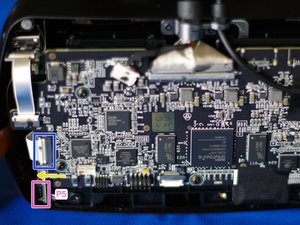 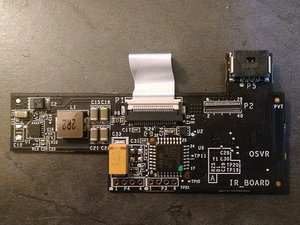 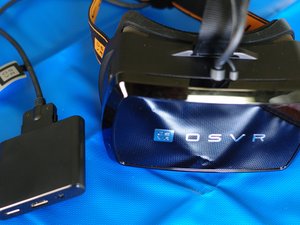 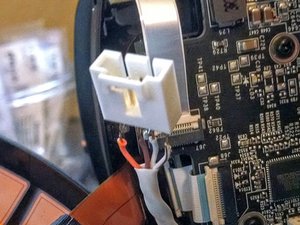 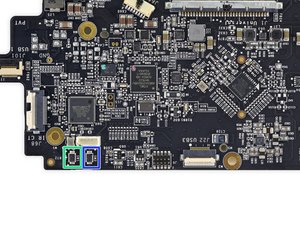 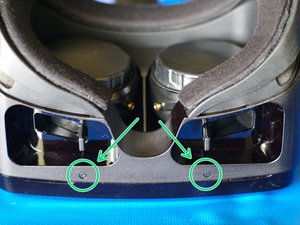 The OSVR Hacker Development Kit HMD series is a family of related devices, with many commonalities.

It has its own page, and an official iFixit teardown: OSVR HDK 2

The OSVR HDK 2 is based on the OSVR HDK 1.4, with changes made primarily to support a new display setup (dual displays for an overall 2160x1200 @ 90Hz display) - the main differences are two display panels instead of one, a modified motherboard to accommodate the different video path circuitry required for that setup, and some modified mechanicals to get it all to fit. However, much is still common between these devices (and 1.3/1.4 devices can be upgraded with a kit to replace the motherboard/screen module with the HDK 2 one, keeping the same chassis, tracking hardware, and lenses), so most guides can be used as-is or with minimal on-the-fly modification.

The 1.4 is a minor update of the 1.3, primarily adding a diffusion film on the display panel to reduce screen door effect, and adding a rubber nose piece for light masking and comfort (these two items theoretically upgradable from 1.3 to 1.4) as well as some minor electronics changes.

For many purposes, including most repairs, they are interchangeable - just beware of getting dust or fine streaks from a brush, etc. on the diffusion film on the 1.4 screen.

This earlier device is more substantially different from the 1.3/1.4 than the 1.3 and 1.4 are from each other. It has different optics that have (but require) different adjustments (both IPD as well as focus - the 1.3's optics were redesigned to not need an IPD adjustment for a majority of the population for simpler usage), as well as different distortion (even lower distortion, to the point that no predistortion is typically used with 1.2 and earlier optics). It also has a slightly different OLED panel that does not have the same range of adjustments of persistence and pulse frequency as the 1.3. Its screen also appears a gloss black when off, rather than silver-ish (doesn't have the so-called "silver screen" mentioned as a feature on newer models).

These devices were primarily only available in limited (prototype) quantities for internal testing, for public demonstration, and to select partners. Most units (all but one HDK 1.1, actually, as far as @rpavlik knows) had LCD panels instead of OLED panels. None contained the additional circuitry for the positional tracking beacons.

The HDK 1.1 internal layout resembles the 1.2 without any of the tracking circuits or ribbon cables, and with two screws on top instead of magnets helping hold the faceplate on. Minor repairs (screen cleaning, screw tightening, JTAG-based firmware recovery/flashing - be sure to use LCD firmware, not OLED! - etc.) can likely use the 1.3 guides as a general outline, but at this point they are fairly uncommon prototypes.

The HDK 1.0 internal layout is different, and may vary on the prototype you have.

You may be best off just contacting Sensics <http://www.sensics.com> if you have one of these early prototypes and have an issue with it, for suggested repair or trade instructions or a referral to Razer engineering that would have worked on those early units.