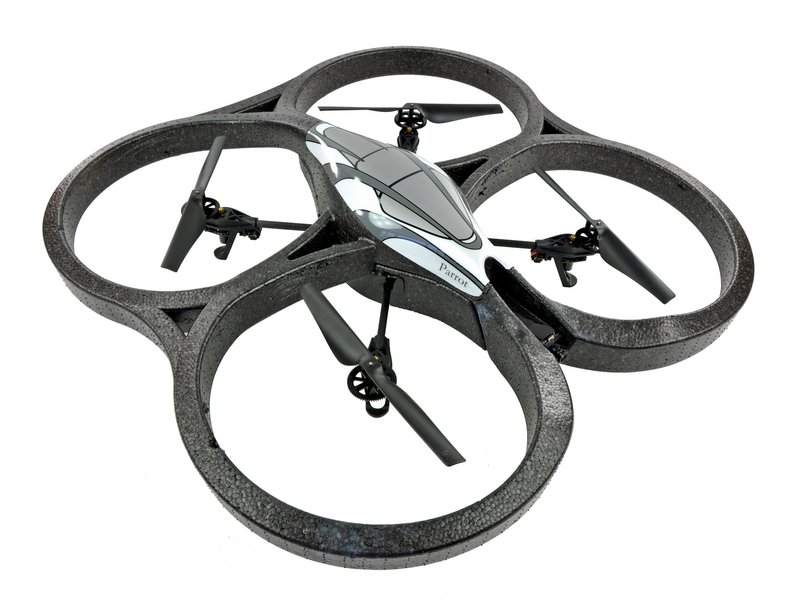 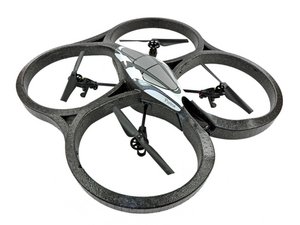 Toy quadcopter with camera, controlled over Wifi by smartphone.

The Parrot AR.Drone was released in 2010. It is controlled via a Wi-Fi connection to an iPhone, iPad, or iPod Touch. The AR.Drone uses various technologies, including ultrasound, a downward-facing camera, an accelerometer, and two gyroscopes to maintain height and balance in flight. Games that feature Augmented Reality use a front-facing camera on the AR.Drone to turn real-life objects into obstacles in a video game. The AR.Drone runs on a Linux operating system, and Parrot encourages software developers to create their own Augmented Reality games in the Apple App Store for the AR.Drone.