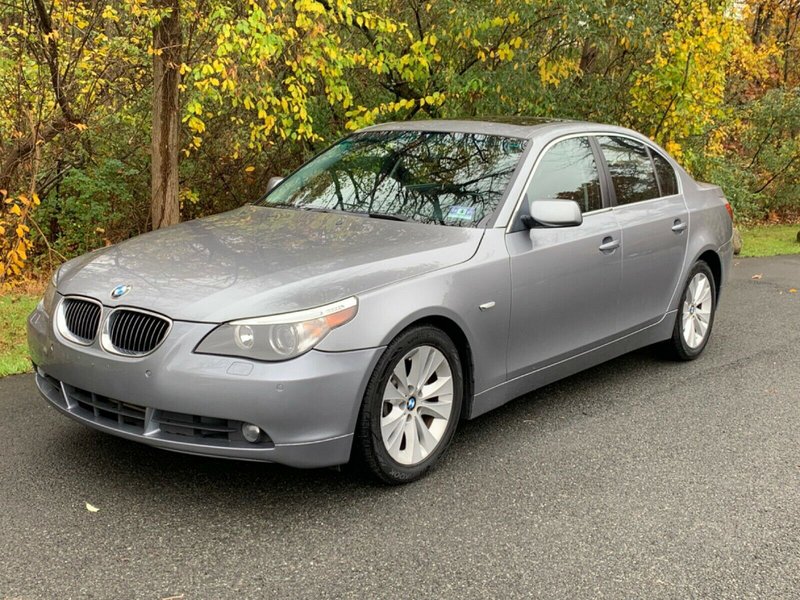 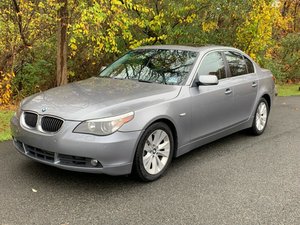 The 5th generation BMW 5 Series was produced from 2003 to 2010. For these models, BMW introduced a controversial new design, the iDrive control system, and active steering.

The BMW 5 Series is an executive car (a.k.a. full-size car) produced since 1972. After many models and design changes in the intervening years, the fifth generation 5 Series was released in 2003. The fifth generation introduced new features to the car including active steering, a heads-up display which shows the speed on the lower windshield, and the iDrive entertainment system. This generation ran until 2010, after which the BMW introduced a new design for the 5 Series.

The external design of the fifth generation 5 Series was somewhat controversial for fans of previous models. BMW released both a sedan-style body (labelled the “E60”) and a larger style with a rear door instead of a trunk (labelled the “Touring” or the “E61”). BMW added the iDrive control system to the console of the car, making it the primary hub for controlling audio, climate, and communication. The fifth generation was the first revision of the 5 Series which did not have the console oriented toward the driver. This change was reverted in subsequent models.

You can identify this car by looking on the outside for the blue and white BMW logo. The model number shown on the rear door (or trunk) of the car is the model number, which you can use with this Wikipedia table for more information about the car’s engine. For exact details on your car, you can find the Vehicle Identification Number (VIN) written on the registration and use a VIN decoder on those digits. You can also find the VIN on the driver’s side door jam or on the dashboard just below the windshield (look through the windshield from the outside) if you don’t have the registration.

BMW 5 Series (all generations) on Wikipedia

Driving every generation of the BMW 5 Series by Top Gear